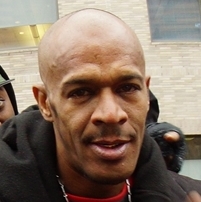 He considers his music as “rapoetry”. His musical influence came from artists like Rakim, BDP, Common, And One, and also UTFO.

Sha 120 is associated with distinguished gentleman under the guidance of “DEADVISION Entertainment” and “Krazeworld Productions”.
His unique style of lyrical content is very influential and he is also positive mentor to residents of the Far Rockaway Community.