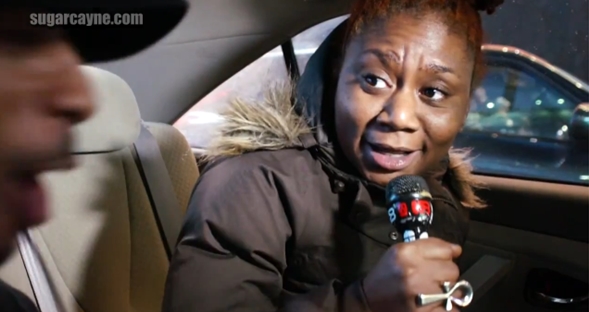 Another great episode of Spittin In Da Wip was when we had Brooklyn emcee Nerubi Selah on the show. She spit some sick superior bars on the show but she stumbled a little and didn’t get to ride the whole beat. By now in the Spittin In Da Wip series we were extra critical about the way we rate an episode so even if you spit super fire bars on the show and get a high rating for it,  you also get rated on how long you spit over the beat. It’s what we now call the “Stamina” rating.

Of course C.Truth Crazy Al wasn’t gonna let her slide on that so they had to let Narubi know LOL! ;). It was all in fun as you can see in the clip and it wound up being one of our favorite episodes of all time.