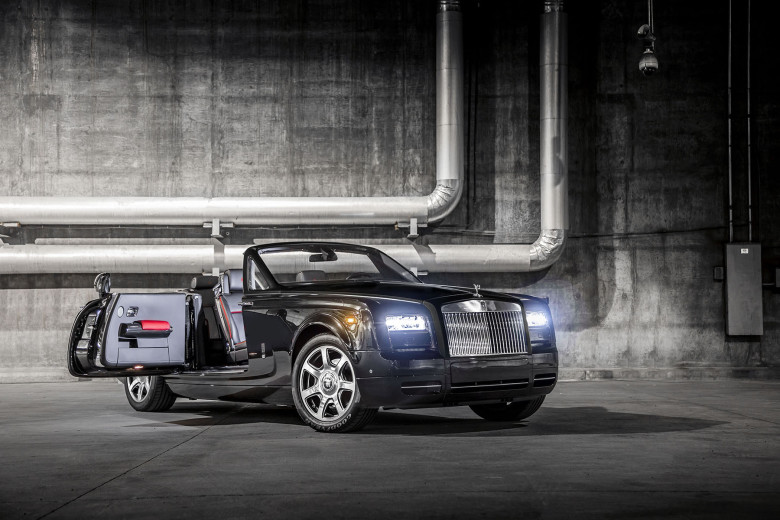 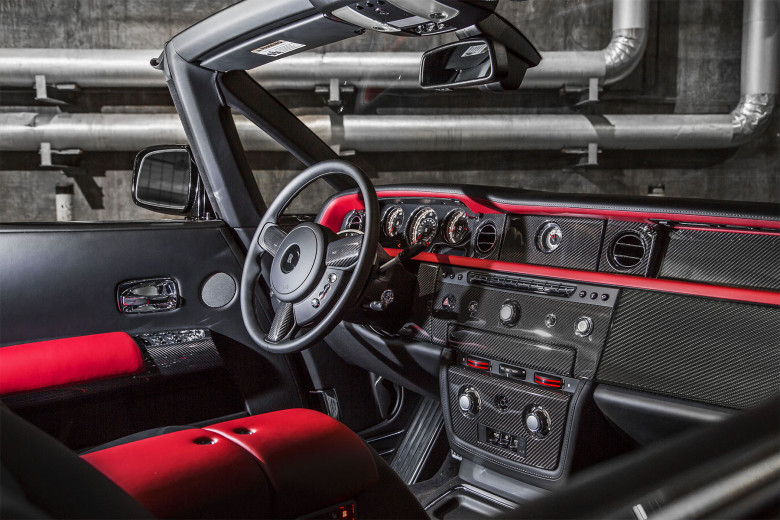 The new Rolls-Royce Phantom Drophead Coupé Nighthawk made its North American debut recently. This version of the 9 Phantom Drophead Coupé ‘Nighthawk’ Bespoke motor cars collection is a contemporary take on the classic Rolls-Royce with an “updated” steeze. The wip is powered by a V12 engine and features Diamond Black Metallic paint, a Matt Diamond Black bonnet, adaptive LED headlamps and windscreen surround. The big difference between the classic Phantom and this one is the carbon fiber that’s laid throughout the dashboard panels and coach door panels. So instead of having to go to the custom shop to get that carbon look in your Phantom wip you can just cop one of these 🙂 Moving on to the interior, it features Hotspur Red and Black full-grain leather, leather-trimmed transmission tunnel and leather-lined boot trim. The instrument panels feature incandescent orange tips and carbon dials to resemble aircraft cockpits. The only thing they still haven’t figured out yet was how to get that kitchen sink in the wip 🙂 The car is slated to be displayed during the upcoming Super Bowl XLIX festivities, if your there check it out! Hopefully it makes an appearance at the New York Auto Show so we can finagle a way to film an episode of Spittin In Da Wip in it 🙂

Continue Reading
Advertisement
You may also like...
Related Topics:rolls royce