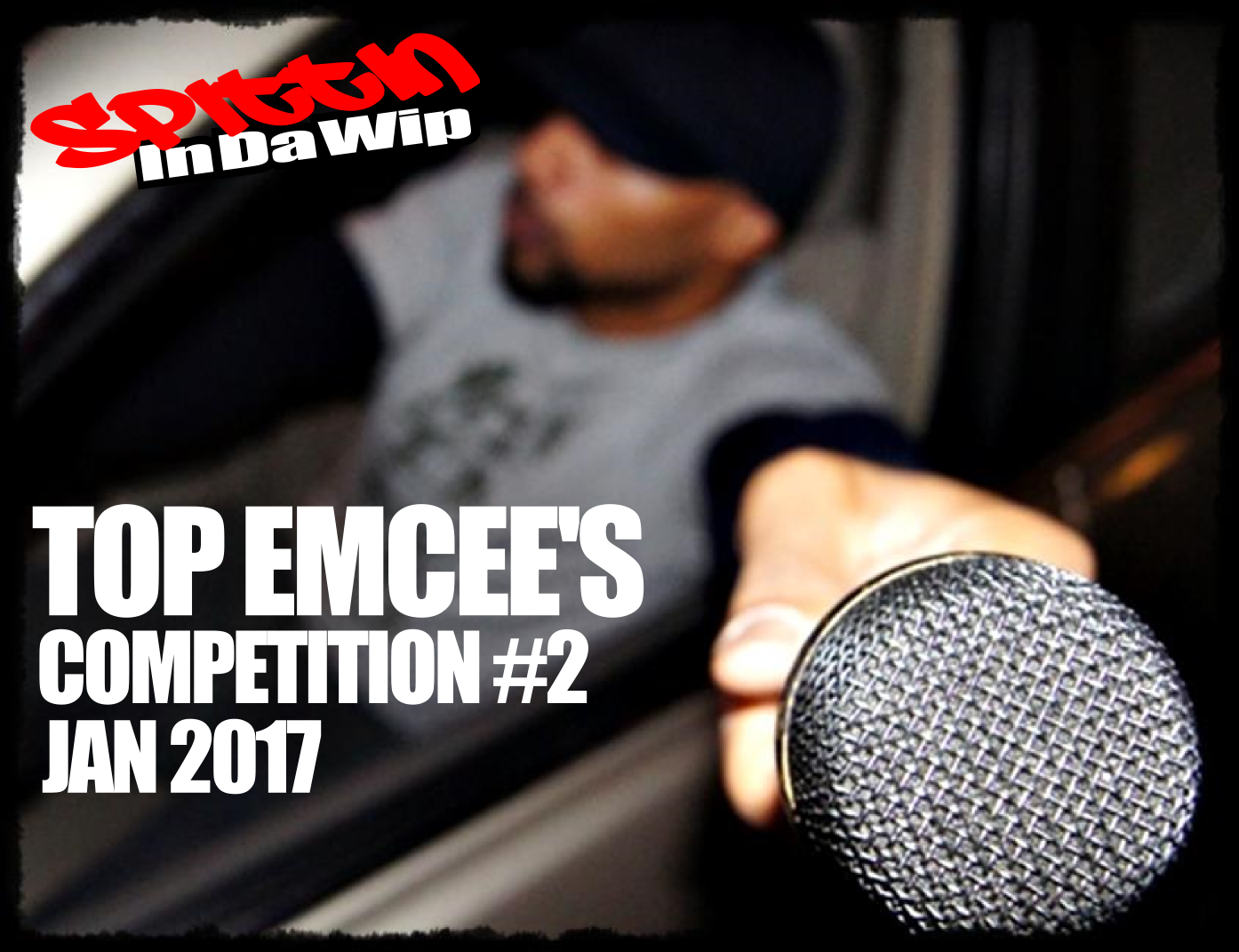 Round #2 of our new Spittin In Da Wip Top Emcee competition is finally here!! During the month of January we had 7 emcee’s appear on the show to spit fire In Da Wip. Let’s see who will win the Top overall emcee of the month. The emcee’s in this months comp are MC Whiteowl, D-Nasty ThaMasta, Unothodocks, Double AB, Izreal Medina, The Mighty Casey and Demorne Warren. Spread the word and get those ratings in!

NOTE: This is THE OFFICIAL COMPETITION PAGE for this round. The Chart below only shows the 7 emcee’s that are competing in this round. The other lists on this site includes all the Spittin In Da Wip episodes that we added to our new system.

These are our award categories for this month.
1. Top Overall Emcee (the combined rating from the SIDW Staff and Viewers)
2. Top Emcee (Top Rated episode by the SIDW staff)
3. People’s Choice (Viewer Only Ratings)

Below is a playlist of each episode, you can view each one and them rate them via the stars below.