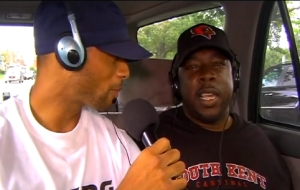 Another classic episode was when we had Phife Dawg from A Tribe Called Quest to spit bars in da wip. This was back in the early days of the show in 2009 before we had emcee’s pick a beat or spit for the whole beat.

It was definitely an honor to have Phife on the show and hopefully we can get him back on in the near future!