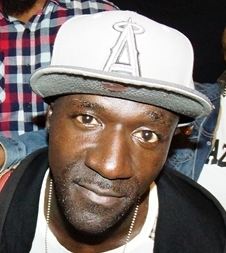 Tislam Cato aka Vietnam. Born in Brooklyn NY, raised in Virginia, and came back to the war zone we call East New York, Brooklyn..hence the name Vietnam. First started to spit rhymes back in 1997. Has been compared to the great hip hop artist Jadakiss.  Vietnam writes his lyrics in his brain and not on paper! Down with producer Kraze Beats of Krazeworld productions.  Performed at various locations in New York which include Black Bear Bar Brooklyn and Nuyorican Cafe.  Also at local community events to entertain the youth. Vietnam has his own mixtape with 13 tracks and is also featured on the Krazeworld Productions mixtracks.  Check out photos and videos atwww.krazeworldproductions.com. Follow Vietnam on Instagram at RedArmy55, krazeworld on youtube and facebook. Vietnam has the fire lyrics, the heart of a soldier a professional “one take” on the mic in the music studio. One to recognise.